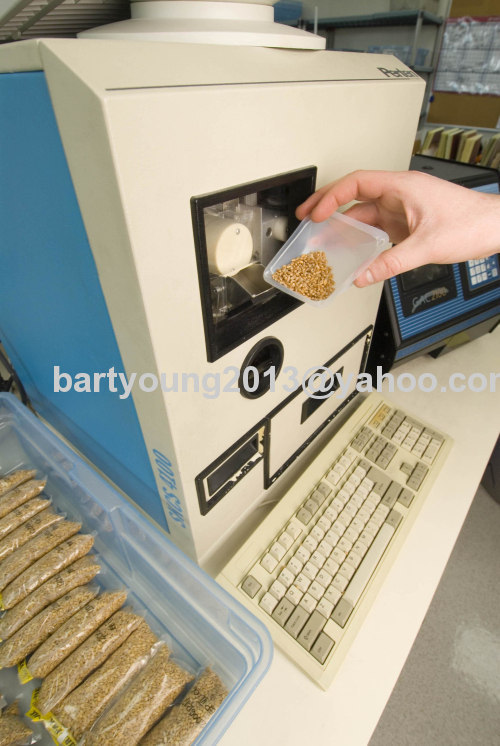 Method
1. A sample of wheat kernels (12 to 16 grams) is prepared by removing broken kernels, weed seeds, and other foreign material.
2. The sample is poured into the access hopper of the single-kernel characterization system instrument.
3. The SKCS instrument analyzes 300 kernels individually and records the results on a computer graph.